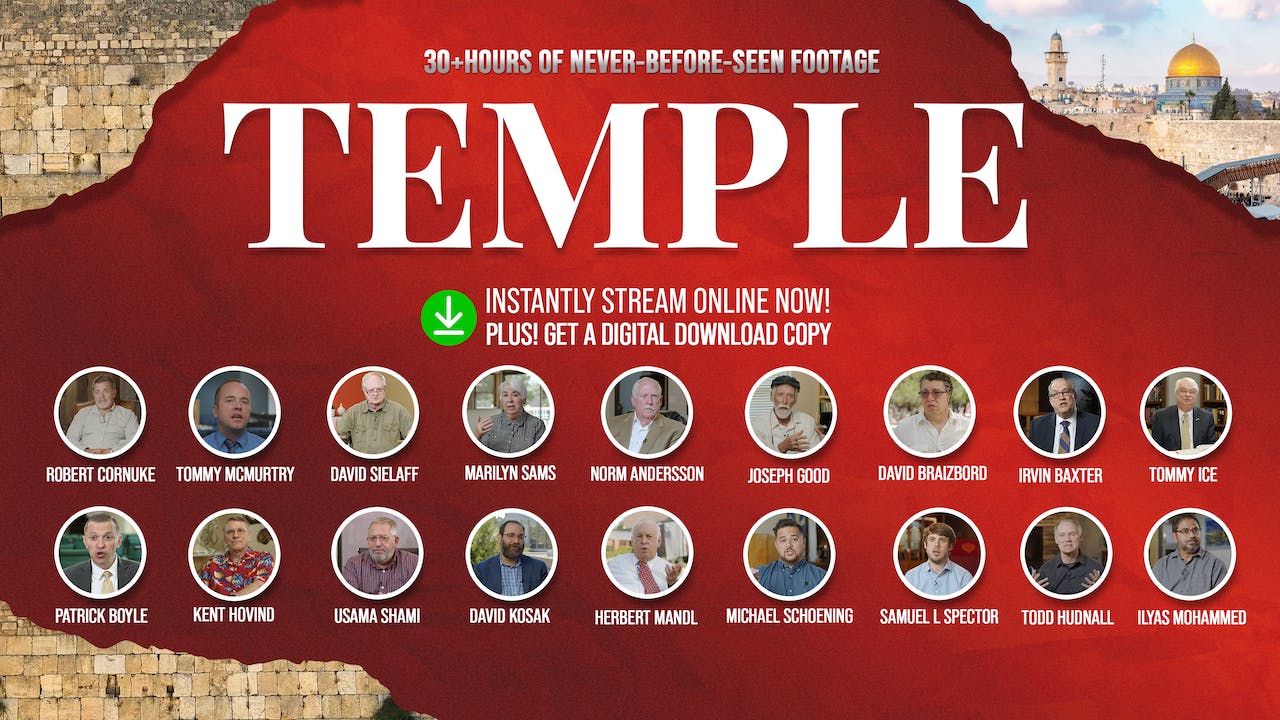 As you guys are aware, we are in the production of a new Bible Prophecy movie that will focus on the coming third Anti-Christ Temple. We don't have a name yet set for this film, but it will be called TEMPLE, or The Temple of the Anti-Christ, or The Temple Deception, etc. These are just working titles because we have not thought of a good name yet, but this is what the movie will be about: The last days Anti-Christ Temple. The film will also go into the fight over the Temple Mount complex and the true location of the Temple Mount. It will also get into the coming Anti-Christ System, but more importantly, the film points to Jesus the whole time. It will prove from the Jew's mouths what they believe about Jesus and that they rejected him as their Messiah. The film will also have a strong salvation message and will be the most influential film I've ever made.
It is an excellent follow-up to our 2015 film, Marching to Zion, and our 2019 film, Beyond Jordan. It will also get more in-depth into subjects that we tackled on After the Tribulation and our Book of Revelation Series. So far, we have successfully shot 19 amazing interviews from around the United States. We have interviewed Experts on these subjects in various fields such as Pastors, Rabbi's, and Imams. Every interview has looked fantastic so far and has far excited our expectations. This film has the potential to reach a vast audience, and I believe it will have a significant impact.
So to raise funds for the production, I have decided to do something I've never done before on a film. And that is to make available all the complete interviews before the film's release.
So far, we have shot 19 interviews and over 19 hours of footage. But we still have a lot to shoot. In December, we are also taking a trip to Israel, where we will be getting a ton of footage: Man on the Street interviews, sit-down interviews, tons of drone footage, and b-roll from around Israel. All this footage will be uploaded to this product as well.
While watching these discussions, you will notice the word: Chosen on the upper right-hand corner of the screen. That will indicate whether this clip might be used in the movie. This will help you to understand exactly what kind of film I'm making. So please consider purchasing these full interviews and help support our new film today. By buying this product, I'm sure you'll gain access to over 30 hours of interviews and footage.